Eight months on, is the world's most drastic plastic bag ban working?

Waterways are clearer, the food chain is less contaminated with plastic – and there are fewer “flying toilets”. Find out more from this article of The Guardian!
Kenya’s ban comes with the world’s stiffest fines and some businesses are struggling to find affordable alternatives, but in Nairobi’s shanty towns the clean-up is changing lives. 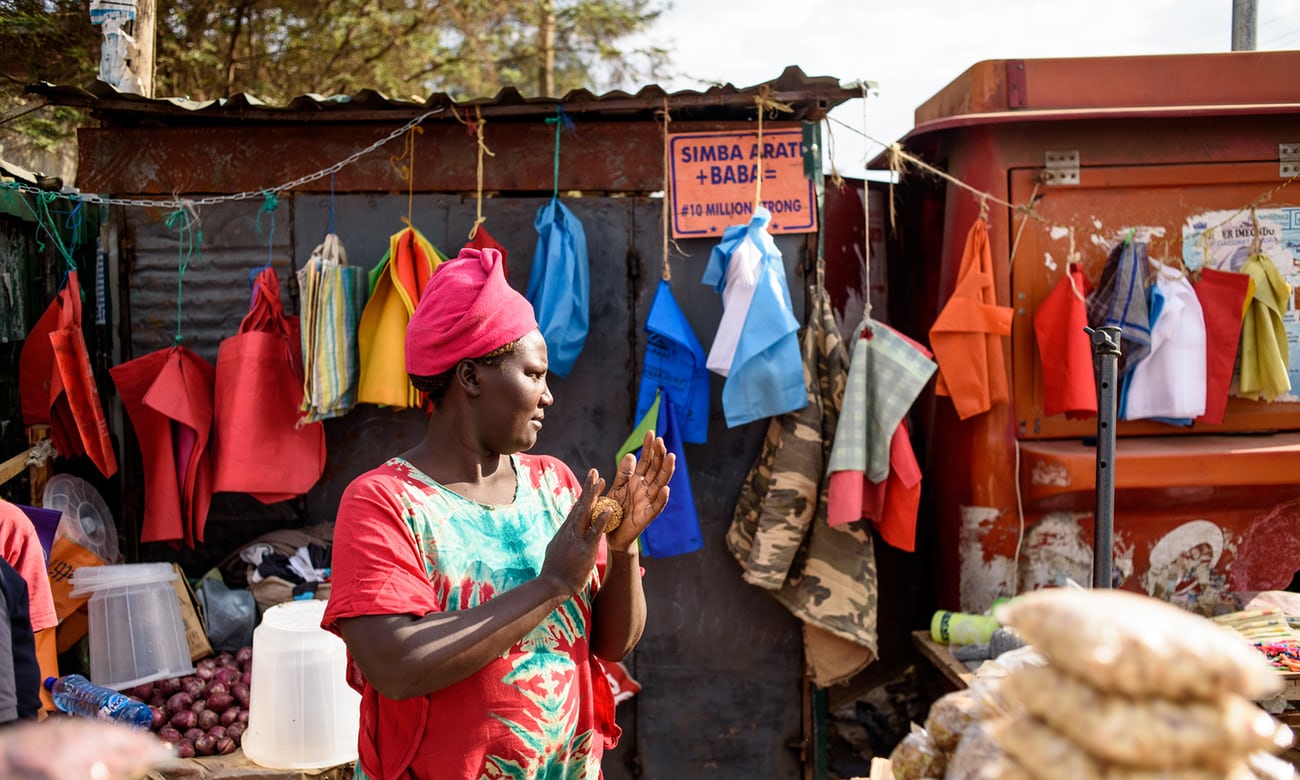 A year after Kenya announced the world’s toughest ban on plastic bags, and eight months after it was introduced, the authorities are claiming victory – so much so that other east African nations Uganda, Tanzania, Burundi and South Sudan are considering following suit.

But it is equally clear that there have been significant knock-on effects on businesses, consumers and even jobs as a result of removing a once-ubiquitous feature of Kenyan life.

“Our streets are generally cleaner which has brought with it a general ‘feel-good’ factor,” said David Ong’are, the enforcement director of the National Environment Management Authority. “You no longer see carrier bags flying around when its windy. Waterways are less obstructed. Fishermen on the coast and Lake Victoria are seeing few bags entangled in their nets.”

Ong’are said abattoirs used to find plastic in the guts of roughly three out of every 10 animals taken to slaughter. This has gone down to one. The government is now conducting a proper analysis to measure the overall effect of the measure.

In Nairobi’s shanty towns, one immediate impact was on the practice of defecating in a plastic bag, tying it up and then throwing it on to the tin roofs, a convenience known as “flying toilets”.

“I don’t know when the flying toilets started, but they are not good,” says Johnson Kaunange, a wheelchair user. “You never know where they are going to land or where they will fall when it rains. My wheelchair often rolls over the bags and splits them, and then the stink on the wheels is disgusting.”

In the Mathare community, this is good news. Since the ban was introduced, many more people are using a communal toilet, which charges 5 Kenyan shillings (4p) for single use or 100 shillings for a month-long family pass.

The facility is on the bustling thoroughfare leading down into Mathare valley. One of the administrators Caleb Omondi said he has already noticed a difference now that flying toilets are effectively prohibited.

“The number of users is now much higher. We used to get about 300 people a day. Now it’s over 400,” he said. “I’m overjoyed. This is making the community cleaner and we get more income.”

In broader society, the ban appears to be working, albeit imperfectly. Among the hundreds of people who walk the street, there are only two who are carrying or selling plastic bags.

Find the sources of the article and images, and read the whole story in The Guardian!