The #trashtag challenge: why the big litter cleanup is an online trend we can all get behind

From throwing buckets of ice to jumping out of moving cars, internet challenges can be silly or reckless. But the latest one is finally worthwhile. Read more in this article!
From eating cinnamon powder to jumping out of a moving car to getting celebrities to throw buckets of ice water over their heads, internet challenges have been, at best, extremely silly and at worst, extremely dangerous. However, the latest one – the #trashtag challenge – is getting people to clean up littered public and natural spaces.

As evidence of their efforts, participants post before and after pictures on social media, then nominate another person to clean up a space. Finally, there may be a worthwhile internet challenge.

Although #trashtag has been around since 2015, when it was part of a campaign by the outdoor pursuits brand UCO, it recently blew up as a result of a post on on Facebook. A picture was posted by Byron Roman with the following text, and got over 300K shares within 1 week. He wrote: "Here is a new #challenge for all you bored teens. Take a photo of an area that needs some cleaning or maintenance, then take a photo after you have done something about it, and post it."

When Henning Lubbe, 21, from South Africa, read about the challenge on Facebook, he immediately set about doing it. “On my way to work every morning I pass this dumpsite. I thought, Why don’t I clean it as part of the challenge?” he says. He is now organising group cleanups with friends and colleagues. “I think this challenge can make a huge impact, especially in places like my town, where we have problems with waste management.” - says the Guardian.

Despite all of that, the trend appears to be having a real-world impact, according to Callie Hyppa, a Community Safety Inspector at a Parks and Recreation department in Florida.

Callie saw the trashtag posts on Reddit over the weekend, and when she came into work on Monday, she was pleasantly surprised to notice waterways at her park in Hillsborough County was looking fresher than usual. 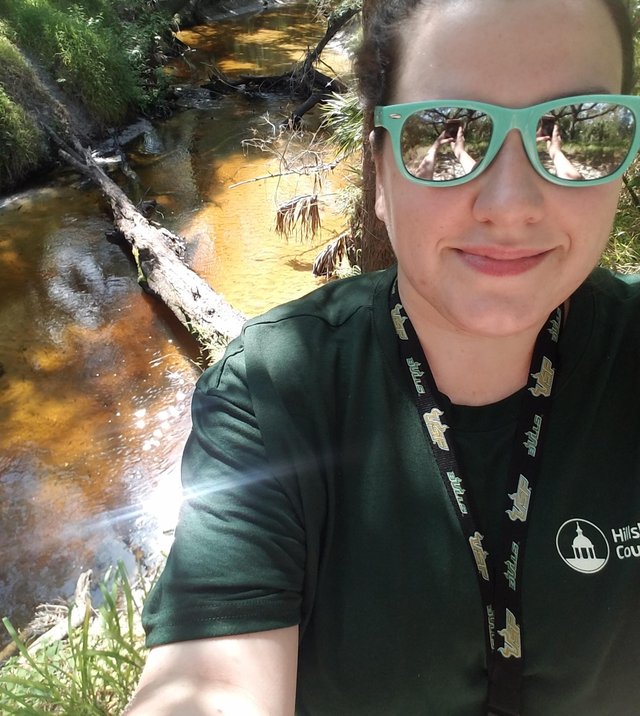 "As a Parks and Rec employee, THANK YOU to anyone who has ever helped clean up a park," Callie posted on Reddit, "This river used to be covered in trash and it's pristine again because of one of you. I hope #TrashTag never ends."

"I thought that was really awesome that people are getting out there and participating in this," Callie told Hack.

Callie says the waterway in her photo is usually littered with plastic waste and bottles. "We have some really beautiful parks and it can be sad, it's a little depressing to see the trash everywhere. And our wildlife is dealing with it and running around in it, and trying to eat it.

A Reddit user, Rebecca who suggested t suggested the name #trashtag, thinks the success of #trashtag comes down to the fact that the challenge is simple enough to take up, and people feel empowered by seeing immediate results of their hard work.

"I happened to see the post when it was fairly new, so my comment ended up getting a lot of attention," Rebecca told Hack. "The original post mentioned it being made into a challenge and I immediately thought of the ice bucket challenge, which was a hugely successful campaign because it mixed people’s obsession with social media attention with a good cause. I merely pointed out that if that could be successful, the same concept could be used for something that a majority of people could get behind: cleaning up public spaces."

"People enjoy trends that they can partake in, especially if they can use it as a way to get ‘internet points’, be it likes, karma, etc. People are also excited to see things that have real, tangible, positive results. So many fads are entertaining, but pointless.

Need a bit more motivation? Look at this compilation of best #trashtag photos!

In conclusion, if you ever hear someone saying: "One man cannot make a change" - tell them about this story and encourage them join this challenge to clean up the globe together!